Most of the world, including the Arab world does not really care about the Palestinian people and their cause.

But what’s beyond that? What does he really want to do with Judea and Samaria? Does he really imagine that the creeping annexation, now being advanced by a new law that gives the right to the government to confiscate private Palestinian land and turn it over to Israelis, will continue to go by unnoticed and be unchallenged?

END_OF_DOCUMENT_TOKEN_TO_BE_REPLACED

Benjamin Netanyahu and other Israeli leaders hail election of Donald Trump, whose campaign promises would overturn decades of US foreign policy

Israeli government ministers and political figures are pushing the U.S. president-elect, Donald Trump, to quickly fulfill his campaign promise to overturn decades of US foreign policy and recognize Jerusalem as Israel’s capital and to move the U.S. embassy from Tel Aviv.

Their calls came as one of Trump’s advisers on Israel and the Middle East, David Friedman, told the Jerusalem Post that Trump would follow through on his promise.

“It was a campaign promise and there is every intention to keep it,” Friedman said. “We are going to see a very different relationship between America and Israel in a positive way.”

Other political figures — including Israel’s controversial far-right education minister, Naftali Bennett — went further, suggesting that Trump’s election should signal the end of the two-state solution and aspirations for a Palestinian state.

It’s lonely at the bottom

With the election of Donald Trump as president, a lot of progressive Americans must be feeling what we here in the Israeli Left have felt for a long time: outnumbered, unwanted, frustrated, and alone.

For a while now, I’ve been writing about how lonely it is to be a leftist in Israel, to be part of the minority that opposes the occupation and 50 years of discrimination and human rights violations, a minority that insists on challenging fundamental aspects of this government’s policies and this society’s values. About how it has become increasingly dangerous and radical simply to speak one’s mind, as the notions of equal rights and human rights have become derogatory terms, and as open criticism and dissent is explicitly silenced. How scary and frustrating it is to see the values and issues I believe in consistently voted down and publicly delegitimized.

What the success of Netanyahu — who was elected first in 1996 on the back of the Rabin murder and a campaign of incitement against the Left, and to his fourth term in 2015 again on the back of incitement against Palestinians citizens — and the success of Trump — who incites against or insults just about everyone — prove is that democracy is not a bulwark against inequality, racism, violence, oppression, and sexism. On the contrary, it is all too easy for people to democratically elect to do horrible things.

“What does it mean, in practical terms, to spend 49 years, a lifetime, under military rule? Living under military rule mostly means invisible, bureaucratic, daily, violence. It means living under an endless permit regime, which controls Palestinian life from cradle to grave: Israel controls the population registry; Israel controls work permits; Israel controls who can travel abroad — and who cannot; Israel controls who can visit from abroad — and who cannot; in some villages, Israel maintains lists of who can visit the village, or who is allowed to farm which fields. Make a wrong move, and you can lose your freedom of movement, your livelihood, or even the opportunity to marry and build a family with your beloved.”

Israeli leaders blasted the human rights group B’Tselem on Sunday as a traitor and a slanderer after it denounced Israel’s 49-year-long military occupation of the West Bank. The group’s leader last week called the occupation a thriving land grab and a civil rights disgrace that Israel has no intention of ending, no matter what its politicians say.

On Friday, B’Tselem’s executive director addressed the U.N. Security Council and called for “decisive international action” to end the military rule of the occupied territories. The group is respected abroad but finds itself facing withering criticism at home.

[Read the full text of the B’Tselem address here, along with video clips shown to the Security Council.]

“For years, liberal American publications have been generally sympathetic to Israel, even when they are criticizing its governments’ policies. Now, in light of an unprecedented New York Times editorial, that attitude might be about to change.”

The New York Times editorial board has realized, about a decade too late, that Prime Minister Benjamin Netanyahu does not care what the Obama administration — or any U.S. administration, for that matter — thinks about his policies regarding the Palestinians.

According to the editorial published Friday, October 7, headlined At the Boiling Point With Israel, the catalyst for this realization was Netanyahu’s decision to approve the building of a new settlement deep in the West Bank, only three weeks after the U.S. finalized a package of military aid for Israel to the tune of an unprecedented $38 billion, spread over 10 years. Israel receives more military aid than any other country, by far: Egypt, which receives $1.31 billion per year, is the second-largest recipient of direct military aid from the United States. [Continue reading here . . . ] 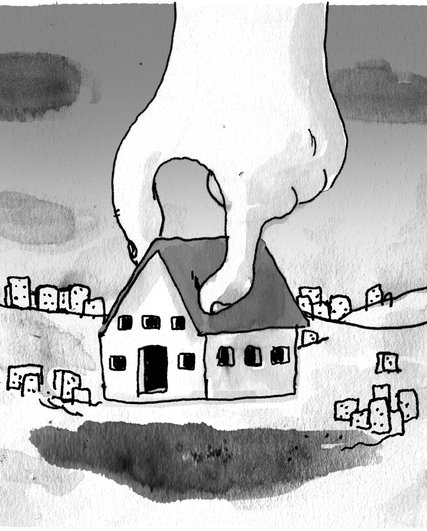 “The ever expanding settlements have poisoned Palestinian hopes and functioned variously as a spark, a target and an excuse for violence, intensifying the conflict.”

If the aim of the Israeli government is to prevent a peace deal with the Palestinians, now or in the future, it’s close to realizing that goal. Last week, it approved the construction of a new Jewish settlement in the West Bank, another step in the steady march under Prime Minister Benjamin Netanyahu to build on land needed to create a Palestinian state.

The Obama administration, with every justification, strongly condemned the action as a betrayal of the idea of a two-state solution in the Middle East. But Mr. Netanyahu obviously doesn’t care what Washington thinks, so it will be up to President Obama to find another way to preserve that option before he leaves office. [Continue reading . . . ]