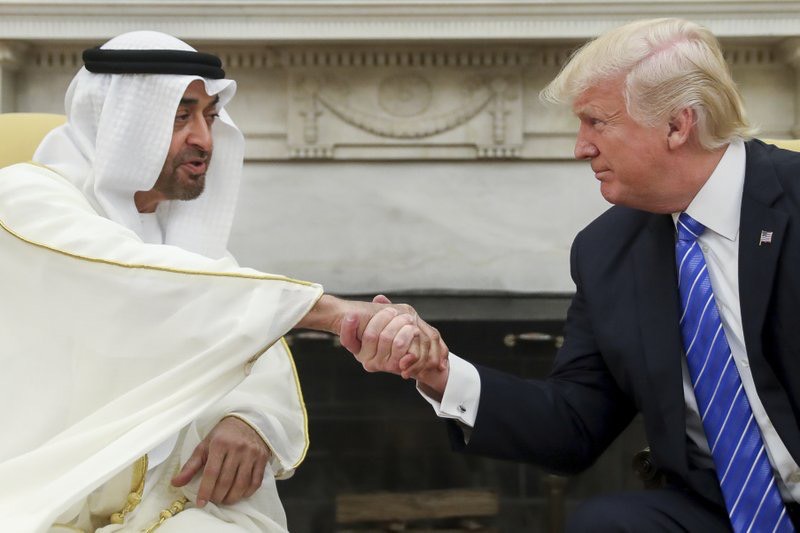 Shortly after the UAE-Israel normalization deal was announced one of the U.S.’s primary motivations came into focus: tens of billions of dollars in UAE weapons sales.

‘Fake news,’ Netanyahu cried when Yedioth Ahronoth, the New York Times and other outlets reported that the U.S.-UAE arms sale deal had been the driving force behind the Israel-UAE normalization deal and that Netanyahu had been in the know from the start.

Next week, on September 15, Trump will host Israeli Prime Minister Benjamin Netanyahu and UAE Foreign Minister Sheikh Abdullah bin Zayed al-Nahyan for a ceremonial signing of the Israel-United Arab Emirates deal to normalize relations between the two countries. Termed the Abraham Accord, the deal has been condemned by many for failing to secure even a single concession for Palestinians. But shortly after the deal was announced, another downside — and perhaps the U.S.’s primary motivation for pursuing the deal — came sharply into focus: tens of billions of dollars in UAE weapons sales.

Less than a week after Trump announced the Abraham Accord on August 13, the story broke that Trump’s senior advisor and son-in-law Jared Kushner and National Security Council senior director for the Middle East Miguel Correa had been secretly pushing for the U.S. to sell F-35 stealth fighters, weaponized drones, and other advanced military equipment to the Emiratis. Anwar Gargash, the UAE’s minister of foreign affairs, said that his country had placed their request for the F-35 jets six years prior. He denied that the normalization deal was connected to his country finally being granted their request, but Trump administration officials later admitted that the deal had paved the way. On August 18, leading Israeli newspaper YNet News reported that the Abraham Accord included a “secret clause” wherein the UAE would get to buy billions of dollars in advanced U.S. military hardware.

Netanyahu, ever the prince of political drama, feigned outrage that the UAE might get to purchase F-35 stealth fighters from the U.S., thereby threatening Israel’s position as the most mighty armed air force in the Middle East.