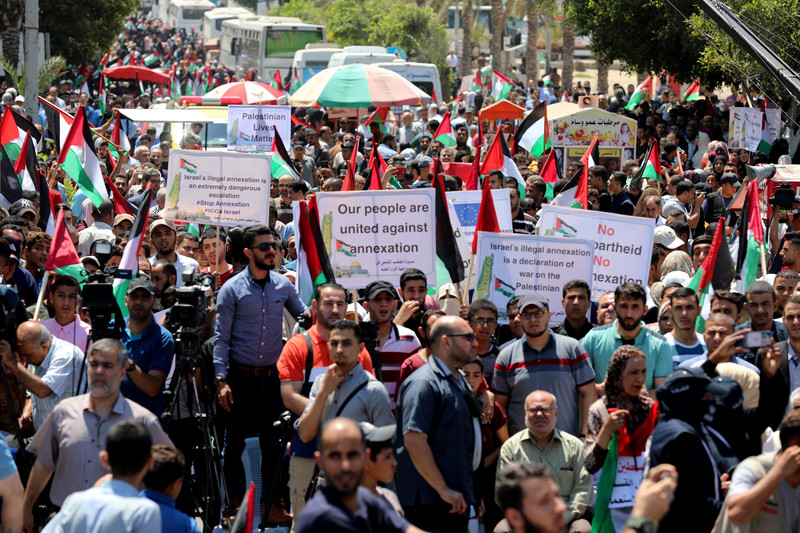 This bill would prohibit U.S. military funding to Israel being used for further annexation of Palestinian land in the occupied West Bank.

This bill is significant because it employs the language of human rights and equality in expressing opposition to Israeli annexation and proposes concrete means of holding Israel accountable should it move forward with annexation.

The bill prohibits US recognition of or funding for Israel’s potential annexation of additional Palestinian land in the occupied West Bank.

All seven representatives have strong track records of congressional advocacy for Palestinian rights – though Pressley last year broke ranks with progressives and voted for a resolution condemning the boycott, divestment and sanctions movement.