Please join our brothers and sisters from BelPres church’s Israel Palestine Impact Team to welcome Andrew Bush and learn about the Bethlehem Center for Global Peacebuilding and Justice.  It’s a new initiative in a region that is suffering from decades of strife and violence. Andrew will serve as director of the Bethlehem Center.

For the past 40 years, Bethlehem Bible College has been preparing Christian Palestinians to serve their local churches and communities. Next fall, with help from Andrew Bush, the college will also start preparing its students for peace and reconciliation ministry. The new venture is called the Bethlehem Center for Global Peacebuilding and Justice, and it’s a welcome initiative in a region that is suffering from decades of strife and violence. Andrew will serve as director of the Bethlehem Center.

For Andrew and his wife Karen, launching the Bethlehem Center marks their return to Palestine after a number of years of church planting in the Philippines. The Bushes served in the Palestinian Territories from 1998 to 2005 and still have a number of friends there.

Andrew has a postgraduate degree from the Ecole Biblique et Archeologique Francaise in Jerusalem and a Doctor of Ministry degree from Princeton Theological Seminary. He is the author of Learning from the Least: Reflections on a Journey in Mission with Palestinian Christians. You can learn more about the Bushes at their website.

A light lunch will be served.

Bishops’ lament the international community’s failure to realize justice and peace in the land of Christ’s birth.

By Catholic Bishops’ Conference Of England And Wales | Jan 16, 2020

…we implore our governments to help build a new political solution rooted in human dignity for all.

Bishops from across Europe and North America called on their governments to insist on the application of international law in Israel and Palestine, following their visit to the Holy Land this week.

The bishops of the Holy Land Coordination, who visit the region every year in support of the local Church to promote dialogue and peace, said they were inspired by the enduring resilience of the people they met in Gaza, East Jerusalem and Ramallah despite the worsening situation.

END_OF_DOCUMENT_TOKEN_TO_BE_REPLACED

Laws stifling the Boycott, Divest, Sanction movement to protest Israeli policy toward the Palestinians are bad for Americans, Jews and our foreign policy.

In recent years, several states have enacted legislation to use the power of government to stifle boycotts against Israel and Israeli settlements. These laws not only violate the First Amendment; they also open the door to much broader government control of public discourse, something that all Americans and especially American Jews should fear.

At a time when our democratic institutions are under attack, it has never been more important to hold the line on our constitutional freedoms, rather than throw them away to advance a misguided cause.

END_OF_DOCUMENT_TOKEN_TO_BE_REPLACED 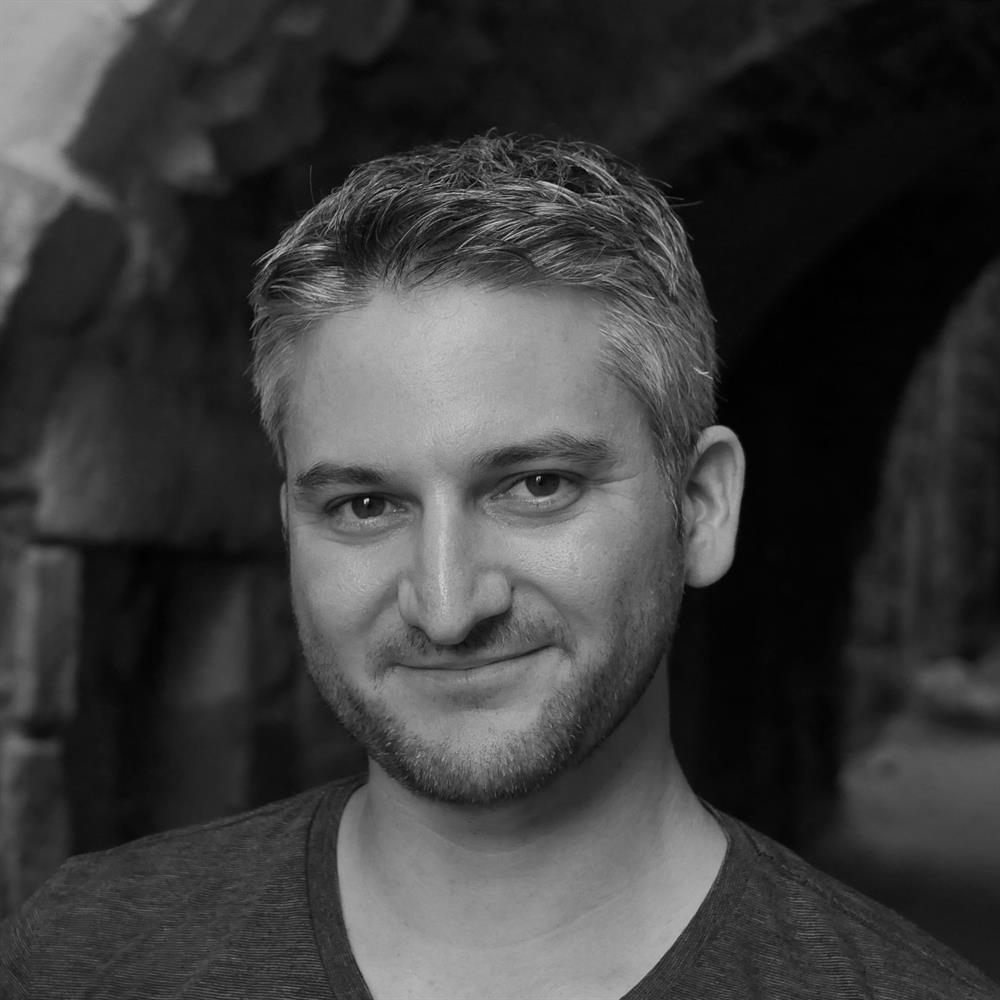 As the ICC prosecutor’s investigation awaits a green light, Palestinian experts reflect on what the legal battle portends for their struggle.

While Israeli and U.S. officials condemned the news, Palestinians praised it as a major step in the fight for accountability and justice.

In a surprise statement last month, Fatou Bensouda, the chief prosecutor of the International Criminal Court at The Hague, announced that there is legal basis to probe Israel and Palestinian groups over war crimes in the West Bank (including East Jerusalem) and the Gaza Strip, and that her office was ready to investigate the matter.

While Israeli and U.S. officials condemned the news, Palestinians praised it as a major step in the fight for accountability and justice. Yet many remain concerned by one caveat: the prosecutor asked the ICC’s pre-trial chamber to “confirm” that Palestine was indeed a “state,” a status it has held since it was officially recognized by the UN General Assembly in 2012. Without that approval, the ICC may not have the jurisdiction to carry out its work. The chamber has till April to give its answer.

END_OF_DOCUMENT_TOKEN_TO_BE_REPLACED

An interview with Rachel Leah Jones, director of Advocate, the Oscar-shortlisted film about Jewish Israeli attorney Lea Tsemel who has made her work defending Palestinians.

She doesn’t just believe in the humanity of her clients and the people she advocates for, she sees the humanity of all her adversaries too—judges, prosecutors, interrogators, who by and large don’t share her worldview at all.
— Rachel Leah Jones, director of Advocate

“I’m an Israeli occupier no matter what I do. I enjoy the ‘fruits’ of the occupation, both bitter and sweet. And despite my moral obligation as an Israeli, I didn’t manage to change the regime and its policies. On what moral grounds should I judge the people who resist my occupation?”

So says Jewish Israeli attorney Lea Tsemel as she explains her life’s work defending Palestinian clients—many of whom most Israelis consider to be terrorists—in the documentary film Advocate.

Directed by Rachel Leah Jones and Philippe Bellaïche, both Israeli citizens, the film is one of 15 documentaries shortlisted for an Oscar nomination—quite an achievement for a film that humanizes Palestinians caught up in Israel’s criminal justice system for resisting Israeli occupation, both nonviolently and violently.

END_OF_DOCUMENT_TOKEN_TO_BE_REPLACED

A recent spike in detentions of Palestinian university students has put a longstanding issue back in the spotlight.

For most students, grades, exams and social commitments are some of life’s biggest preoccupations while at university.

But not so for Hadi Tarshah. At 24, the young Palestinian man has spent the past semester in Israeli prison, and his primary concern is his court hearing in March.

Similarly, Mays Abu Ghosh, who is recovering from brutal torture in Israeli custody, is a mere semester away from graduation. And a fellow student Azmi Nafaa has struggled for three years to obtain his diploma from behind bars.

END_OF_DOCUMENT_TOKEN_TO_BE_REPLACED

Interview with the Gaza representative for the BDS movement following recent moves by the Trump administration criticized for targeting growing support for BDS.

The BDS movement does not tolerate any act or discourse which adopts or promotes, among others, anti-Black racism, anti-Arab racism, Islamophobia, anti-Semitism, sexism, xenophobia, or homophobia.

On December 11, U.S. President Donald Trump signed an executive order targeting anti-Semitism on college campuses by using Title VI of the Civil Rights Act to declare his administration would withhold federal funding from any schools found permitting anti-semitism on campus.

The executive order was criticized widely by many as an attempt to stifle criticism of Israel’s treatment of Palestine and stifle the growing support on college campuses of the Boycott, Divestment and Sanctions Movement for Palestinian Rights (BDS). Supporters of the executive order argue anti-Semitism is on the rise and point to recent mass shootings targeting Jews.

END_OF_DOCUMENT_TOKEN_TO_BE_REPLACED

I find it puzzling, indeed disturbing, that Israel, directly or otherwise, is able to determine the nature of any discussion on Palestine in the West, not only within typical mainstream platforms but within pro-Palestinian circles as well.

At a talk I delivered in Northern England in March 2018, I proposed that the best response to falsified accusations of anti-Semitism, which are often lobbed against pro-Palestinian communities and intellectuals everywhere, is to draw even closer to the Palestinian narrative.

In fact, my proposal was not meant to be a sentimental response in any way.

“Reclaiming the Palestinian narrative” has been the main theme in most of my public speeches and writings in recent years. All of my books and much of my academic studies and research have largely focused on positioning the Palestinian people – their rights, history, culture, and political aspirations – at the very core of any genuine understanding of the Palestinian struggle against Israeli colonialism and apartheid.

END_OF_DOCUMENT_TOKEN_TO_BE_REPLACED

The future of Bethlehem is being strangled under Israeli military occupation.

Right​-wing Evangelicals, under the sway of heretical theology, are so blinded by their obsession with Israel that they can’t see Israel’s victims.

I have long been troubled by the way so many believing Christians in the West have either been ignorant of or turned their backs on the plight of Palestinians, both Christian and Muslim. Right​-wing Evangelicals, under the sway of heretical theology, are so blinded by their obsession with Israel that they can’t see Israel’s victims. Other Western Christians simply just don’t know or about the people of Palestine.

I find this state of affairs to always distressing, but especially so at Christmas time, since the Christmas story we celebrate not only took place in that land, it continues to define the lives of the Palestinians who live in places like Bethlehem and Nazareth.