Please join our brothers and sisters for a song performance of a musical theater work in progress that explores the human cost of the Israeli occupation of Palestine.

Abraham’s Land is a full‑length musical drama set against the backdrop of the Israeli/Palestinian conflict. Israeli Sergeant Yitzhak prides himself on righteous conduct and admonishes the soldiers in his unit when they do not abide by the highest moral standards. But when a Palestinian street demonstration in East Jerusalem appears menacing, Yitzhak fatally shoots the provocateur, Ismail, only to realize too late, that his victim was unarmed. Yitzhak is haunted by the ghost of Ismail, and resolves to make amends by personally returning Ismail’s identity card to his family in Gaza to ask for forgiveness.

Originally created in the 1992 by the Jewish-Arab artistic team of Lauren Goldman Marshall, Hanna Eady & David Nafissian, and further developed in 1999 with Israeli and Palestinian teens at Seeds of Peace International Camp, this new incarnation features a substantially revised script and a dynamic new score by Pulitzer-nominated composer Roger Ames, who will be in residence for this workshop. Earlier versions of the work have been workshopped at Village Theatre in Issaquah, 1994 & 1995, and Nautilus Musical Theatre, in Minneapolis-Saint Paul, 1996 & 2017.

Everything is being buried, by an arm of the Israeli government.
— Benny Morris, Israeli historian

Israeli historian Benny Morris is known for his uncovering of some of Israel’s darkest secrets from the Nakba. Only a week ago, he was mentioned in detail in Hagar Shezaf’s staggering investigative report in Haaretz titled “Burying the Nakba: How Israel Systematically Hides Evidence of 1948 Expulsion of Arabs”. The piece uncovered a secret yet systematic operation by an Israeli Defense Ministry department, causing critical Nakba archives to disappear from the public eye – archives that had already been cited since the late 1980’s by historians such as Morris.

END_OF_DOCUMENT_TOKEN_TO_BE_REPLACED

The plight of Ethiopian Israeli’s share similarities to Palestinian experiences yet there is a lack of connection to the shared experiences.

Palestinians do not need to be versed in political theory to know where the Ethiopian struggle is heading.

For over a week I have watched Ethiopian Israelis conduct a loud and righteous struggle against the systematic racism that has held them down for 35 years. As a Palestinian, as a person of color, I could not help but feel empathy for their pain, along with a strange sense of bewilderment when I saw Israelis of all stripes failing to connect the just struggle of Ethiopians to those of other groups oppressed by Israel.

But Solomon Tekah was shot because he was Black, and because I am a Palestinian I had to keep listening closely.

END_OF_DOCUMENT_TOKEN_TO_BE_REPLACED 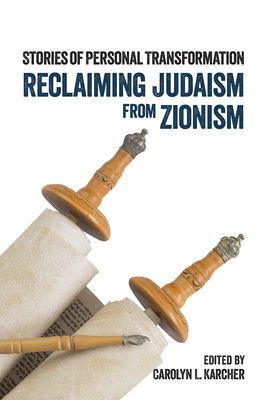 Please join Seattle writer and activist Alice Rothchild, along with Portland activist Ned Rosch who will read from their contributions to a new anthology edited by Carolyn L. Karcher, Reclaiming Judaism from Zionism: Stories of Personal Transformation.

Seattle writer and activist Alice Rothchild, along with Portland activist Ned Rosch read from their contributions to a new anthology edited by Carolyn L. Karcher, Reclaiming Judaism from Zionism: Stories of Personal Transformation (Interlink), along with helping discuss the premise of the book itself.

“These powerful stories send a message about the resilience and passion of a courageous group of Jews who have come to the realization that the state of Israel’s treatment of Palestinians does not live up to the ethical standards Jewish tradition demands. Taken together, their words challenge the idea that Judaism and Zionism are inseparable. Their commitment to live a Jewish life without Zionism bodes well for the future of Judaism.” — Rebecca T. Alpert.

Alice Rothchild is the author of the books, Broken Promises, Broken Dreams, On the Brink, and Condition Critical. Ned Rosch is co-founder of Jewish Voices for Peace in Portland.

In April an Israeli airstrike struck an Iranian base in Syria on the road to the ancient city of Palmyra. The target, according to an Israeli report, was an Iranian 3rd Khordad air defense system. Two months later a U.S. Global Hawk drone flying over the Gulf of Oman was struck by a missile fired by a 3rd Khordad system in Iran, almost leading to war.

The two incidents highlight the shared threats faced by the U.S. and Israel, not only from Iran but also from hybrid groups like Hezbollah, Hamas, the Taliban, and Islamic State, which operate as both parastate entities and terrorist organizations. The result of these shared threats and the close political ties between Washington and Jerusalem is a uniquely close relationship between the two country’s militaries. Often the Israel-U.S. defense relationship is seen through the lens of U.S. foreign military financing for Israel, which comes to more than $3 billion a year. Far less attention is paid to the fact that since the 1980s Jerusalem has become a key supplier of advanced military technology to Washington. To name one recent example, the kibbutz-owned Israeli vehicle manufacturer Plasan supplied add-on “modular armor kits,” exterior platings that covered American military vehicles and protected U.S. soldiers in Iraq and Afghanistan. “That armor which was developed in Israel has saved many hundreds or thousands of lives of U.S. troops of vehicles hit by IEDs,” recalls Dan Shapiro, former U.S. ambassador and visiting fellow at the Institute for National Security Studies.

END_OF_DOCUMENT_TOKEN_TO_BE_REPLACED

Human rights advocates are bringing attention to the role of Christian Zionist organizations on US foreign policy.

‘The pro-Israel bias of the US Congress, especially on the Republican side, is more due to Christian Zionism among evangelicals than it has to do with appealing to the Jewish community in the US.’
— Jonathan Brenneman, a Palestinian-American Christian working with the Mennonite Church USA.

US-Israel relations are at the strongest point they have ever been in the two countries’ history.

That was the overwhelming message heard on Monday as the two-day, Christians United for Israel (CUFI) summit kicked off at the Washington Convention Centre.

The annual Christian Zionist summit, attended by thousands of delegates from across the United States, as well as other countries around the world, is one of the most feverish platforms of support for the Israeli state.

END_OF_DOCUMENT_TOKEN_TO_BE_REPLACED

Kushner’s plan is opaque on the key question of Palestinian territorial integrity, a foundational issue for economic policy and development.

Jared Kushner’s glossy “economic peace” plan has been widely, although not universally, panned.

Critics have attacked the plan from innumerable angles: from the photographs used to promote it, culled from USAID programs whose funding had been ended by the Trump administration, to the recycling of old, largely discredited ideas, associated with previous Israeli and U.S. plans that promoted economic development before a political plan.

None of these peace plans, including those that prioritized economic development ahead of a political program, have worked.

One key claim of the plan, largely overlooked by critics, are Kushner’s case studies, which are repeatedly referenced throughout the document: Singapore, South Korea, Japan, and Taiwan.

END_OF_DOCUMENT_TOKEN_TO_BE_REPLACED

The following is an excerpt from Noura Erakat’s new book Justice For Some: Law and the Question of Palestine.

Having torpedoed the possibility of a Palestinian state, Israel is now the sole source of authority from the Mediterranean Sea to the River Jordan.

In 2018, the prospect of a sovereign and independent Palestinian state is obsolete. As of late 2015, the Israeli settler population in the West Bank numbered more than 600,000, a 200 percent increase since the advent of the Oslo peace process in 1993. Israel’s settlement enterprise carves the West Bank into more than twenty noncontiguous landmasses separating approximately three million Palestinians into as many groups that stand apart from one another, thus undermining any sense of territorial contiguity or national cohesion. In 2000, Israel began constructing a separation barrier, or wall, allegedly to halt the flow of Palestinian suicide bombers within Israel’s undeclared borders. By the time of the wall’s completion in 2020, 85 percent of its length will run through the West Bank and effectively confiscate 13 percent of that territory, conveniently where most of Israel’s largest settlement blocs are located. Israeli military law prohibits the presence and travel of Palestinians between the West Bank and Gaza, thereby entrenching their political and geographic fragmentation. In Gaza, Israel has securitized nearly two million Palestinians and held them captive under a land siege and naval blockade for more than a decade. Palestinians cannot freely travel to East Jerusalem, and that area’s 300,000 Palestinians are subject to an aggressive removal campaign. In the years since 1948, nearly two thirds of the Palestinian population has been driven into a global diaspora, including fifty-eight refugee camps in the Arab world, and is being denied the right to return. Having torpedoed the possibility of a Palestinian state, Israel is now the sole source of authority from the Mediterranean Sea to the River Jordan.
END_OF_DOCUMENT_TOKEN_TO_BE_REPLACED

Since early last decade, Defense Ministry teams have scoured local archives and removed troves of historic documents to conceal proof of the Nakba.

He (Yehiel Horev) maintains that it makes sense to conceal the events of 1948, because uncovering them could generate unrest among the country’s Arab population.

Four years ago, historian Tamar Novick was jolted by a document she found in the file of Yosef Vashitz, from the Arab Department of the left-wing Mapam Party, in the Yad Yaari archive at Givat Haviva. The document, which seemed to describe events that took place during the 1948 war, began:

“Safsaf [former Palestinian village near Safed] – 52 men were caught, tied them to one another, dug a pit and shot them. 10 were still twitching. Women came, begged for mercy. Found bodies of 6 elderly men. There were 61 bodies. 3 cases of rape, one east of from Safed, girl of 14, 4 men shot and killed. From one they cut off his fingers with a knife to take the ring.”

END_OF_DOCUMENT_TOKEN_TO_BE_REPLACED

It should go without saying that no editorial, op-ed or news article should be “illegal,” particularly one talking about core constitutional protections for free speech and our free press.

By Gabe Rottman | Reporters Committee for Freedom of the Press | Jul 2, 2019

Not only does [the Arkansas law] put a thumb on the scale of public debate — a newspaper that signs the certification is free to publish editorials or any other content opposing an Israel boycott — but it also forces newspapers that might otherwise remain silent on a public controversy to take a side.

In August 2017, the Arkansas legislature passed a law requiring any state contractor to sign a form pledging it will not participate in a boycott of Israel. The only options for a contractor that does not want to sign are to give up contracting with the state or to discount prices by 20 percent. The law is so broad it could outlaw the publication of this article in the state. Here’s why.

The Arkansas Times, an alternative newsweekly in Little Rock, has for years contracted to run advertisements for Pulaski Technical College, a state school. The Times has never commented on an Israeli boycott, but it refused to sign the certification for fear it would interfere with its perceived editorial independence. Pulaski Technical College withdrew its advertising.

The Arkansas Times sued, arguing the law violates the First Amendment, particularly because the Arkansas legislature passed the law not because of any rash of Israeli boycotts in the state, but to target one particular global boycott movement, the “Boycott, Divestment, Sanctions” campaign, or “BDS.”