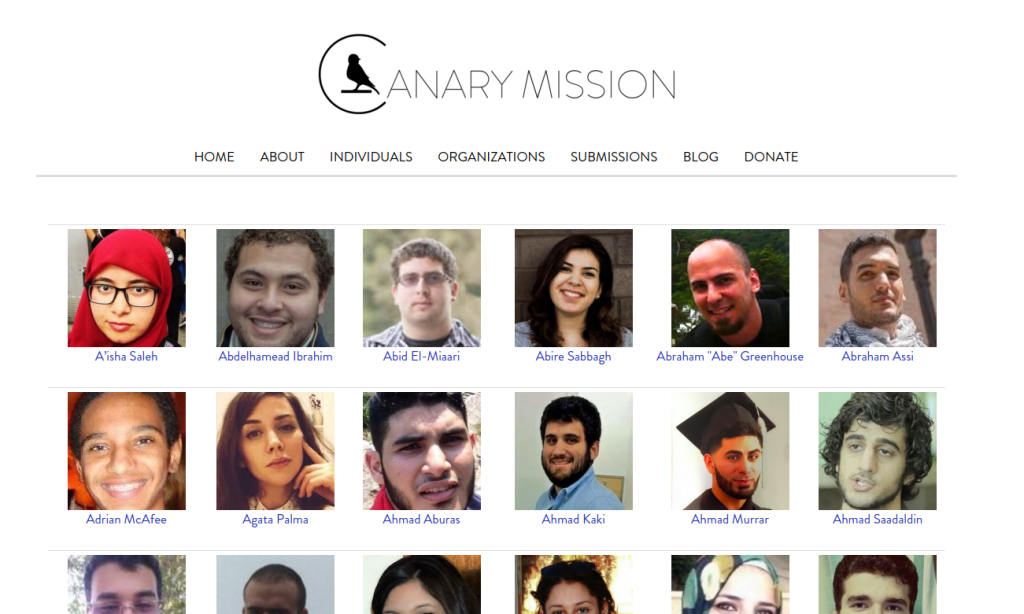 In secretly using funds meant for the betterment of the Jewish community to support a hate group like Canary Mission, the Jewish Community Federation of San Francisco has betrayed our trust, and made us all complicit in this racist and McCarthyite censorship campaign.

It is time for all mainstream Jewish groups to stop supporting Canary Mission, both financially and rhetorically. It’s time for them to redirect their resources towards efforts that atone for . . . the stunning betrayal of the Jewish communities they purport to represent.

he revelation that mainstream Jewish organizations like the Jewish Community Federation of San Francisco have been secretly funding Canary Mission, a widely-condemned online blacklist of students and professionals critical of Israel, pulls back the curtain on a stunning abuse of the trust and esteem placed on these groups by the Jewish communities they purport to represent.

It also speaks to a deep crisis within the US Jewish community, where unflinching support for even the worst acts of the Israeli government and its supporters from some of the community’s most mainstream organizations comes at the cost of Jewish anti-racist values and those who uphold them.

As a Jew of Color from the San Francisco Bay Area who is both active in my community and publicly critical of Israel, I’ve received everything from racist harassment to rape threats following targeting by Canary Mission.

For me, the Jewish Community Federation of San Francisco’s funding of this racist blacklist represents a deep and personal betrayal.

Canary Mission first surfaced in the spring of 2015 when I was working one of my first post-college jobs as a lifeguard and swim instructor at my local JCC, work that I loved because it allowed me to ensure safety in a beloved Jewish community space and pass on my passion for swimming to a diverse group of kids from my area.

Canary Mission began to attack my pro-Palestinian friends and colleagues, specifically targeting Palestinian, Arab, and Muslim students publicly opposing the Israeli human rights violations impacting their lives and families. I joined a growing chorus of voices condemning the blacklist — and was promptly added to it, following threats from the Canary Mission Twitter account that they would do so.

In the months that followed I would see a spike in online harassment, including tweets calling me “monkeyblood” in reference to my African American heritage, online stalking of myself and family members, and disturbing and highly graphic rape threats. In almost every case these accounts either followed, or were followed by, Canary Mission.