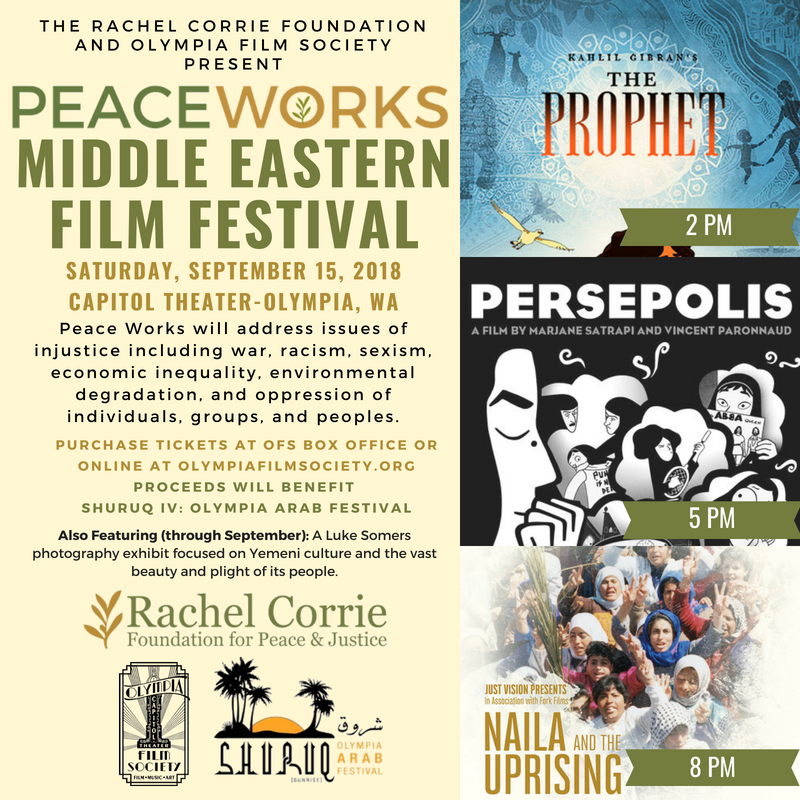 Please join our brothers and sisters from the Rachel Corrie Foundation for this exciting event.

The purpose of the project is to enliven and enrich the South Sound community with Middle Eastern films and allied arts, and to raise funds for the upcoming Shuruq IV: Olympia Arab Festival taking place at The Olympia Center on October 6, 2018.

The film festival will feature the following:

“Peace Works, a cornerstone project for RCF, is always an opportunity for us to creatively engage with community members on issues of injustice and struggle, and this year is no different. We are all too aware of the polarization and oppression occurring in communities around the country, including our own, and we hope that through film and allied arts, we can amplify the voices that are all too often silenced,” stated Whitney Faulkner, RCF Executive Director.