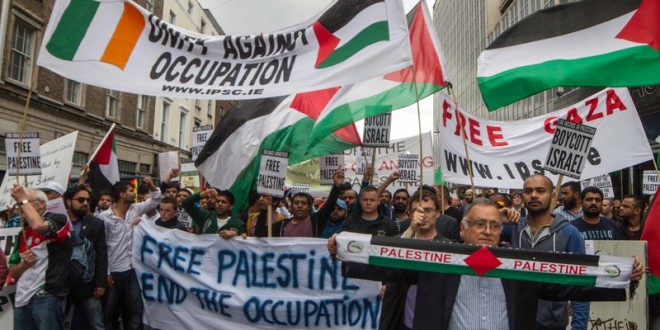 “It is difficult to escape the conclusion that this attack on our ability to bank is a politically-motivated measure to silence a human rights organization that campaigns for Boycott, Divestment and Sanctions (BDS) against Israel until it fulfills its obligations under international law — a campaign the Irish Government views as entirely legitimate.”

On 27 September 2016, the Bank of Ireland (BOI) closed three accounts belonging to the Ireland-Palestine Solidarity Campaign (IPSC), deeming Palestine to be a ‘high-risk country’ and declaring that IPSC no longer met the bank’s “risk appetite.” IPSC, a human rights advocacy group that seeks to “build solidarity and mutual understanding” between the Irish and Palestinian peoples, held accounts with the Bank of Ireland since the organization’s establishment in 2001. The money that IPSC raises is primarily used to fund Palestinian solidarity projects in Ireland, such as: advocating for recognition of the occupation by the Irish government and European Union; and educating Irish citizens on the boycott of goods produced in illegal Israeli settlements. This kind of action epitomizes IPSC’s objective: to peacefully promote Palestinian rights and culture. [Continue reading here . . . ]