“Muslim-Jewish relations are thought to be in conflict but this study shows that they are in a state of cooperation. This is the first definitive study of its kind to quantify that, with cooperation and dialogue between the two groups, we are stronger together.”
— Rabbi Marc Schneier, President of the Foundation for Ethnic Understanding

The more that American Jews and Muslims interact with each other, the more likely they are to see the two faiths as more similar than different, a comprehensive study of Muslim-Jewish relations in America has found.

Fifty-four percent of Jews and 65 percent of Muslims surveyed in a poll for the Foundation of Ethnic Understanding responded that “Judaism and Islam are more similar to each other than they are different.” Jews who had frequent exposure to Muslims said Islam is more inclusive, more evolving and more modern than those who were exposed more infrequently.

END_OF_DOCUMENT_TOKEN_TO_BE_REPLACED

“If Muslims have to register, we’re all going to register . . . Jews know what it means to be identified and tagged, to be registered and pulled aside. It evokes very deep emotions in the Jewish community. . . . All of us have heard the story of the Danish king who said if his country’s Jews had to wear a gold star, all of Denmark would, too.”

Jolted into action by a wave of hate crimes that followed the election victory of Donald J. Trump, American Muslims and Jews are banding together in a surprising new alliance.

They are putting aside for now their divisions over Israel to join forces to resist whatever may come next. New groups are forming, and interfaith coalitions that already existed say interest is increasing.

Vaseem Firdaus, a Muslim who has lived in the United States for 42 years, spent Friday night at a Shabbat dinner for members of a women’s group called the Sisterhood of Salaam Shalom, in a home here filled with Jewish art and ritual objects.

Until Mr. Trump was elected president, Ms. Firdaus, who is 56 and a manufacturing manager at Exxon Mobil, felt secure living as a Muslim in America. She has a daughter who is a doctor and a son who is an engineer, and she recently traveled to Tampa with her husband looking to buy a vacation home. But Mr. Trump’s victory has shaken her sense of comfort and security.

END_OF_DOCUMENT_TOKEN_TO_BE_REPLACED

If you have never visited a mosque, now is the time to do it.

[Jordan Goldwarg is the Northwest regional director for Kids4Peace International, a global movement of youth and families, dedicated to ending conflict and inspiring hope in divided societies around the world.]

In my work as the director of an interfaith-youth movement, I have had the privilege of visiting numerous mosques in Seattle and forming close friendships and professional relationships with many Muslims. Through these contacts, I have come to see Islam as a religion that espouses peace, compassion and tolerance.

On a recent night, I received a disturbing email informing me of vandalism that had damaged the main sign at the Muslim Association of Puget Sound (MAPS), the largest mosque in the region.

The following day, I received a phone call from a Muslim friend telling me that if a national Muslim registry is created, she will fear for her children and move her family back to East Africa.

These two incidents dramatically illustrate the anxiety that American Muslims are feeling, driven in no small part by a 67 percent increase in hate crimes last year over 2014, according to the FBI.

The vandalized sign underscores the critical importance of non-Muslim allies to stand against Islamophobia and support our Muslim friends and neighbors.

We need to defend Muslims for two reasons. First, as friends, we can speak out against bigotry and lend our voices in opposition to those who say that Muslims who speak in their own defense are simply trying to protect their own interests.

Second, we have the ability to make members of a targeted group feel valued and accepted as members of our community. So many of my Muslim colleagues have told me that community support is what makes this time of fear and anxiety more bearable. END_OF_DOCUMENT_TOKEN_TO_BE_REPLACED

Our two tribes not only have separate and different narratives, but we also have separate and conflicting ideologies. . . . We cannot find a way to live together if we continue to hang on to the two ideologies that we started with. We must find a new idea that is worth working towards, and change our ideologies in such a way that acknowledges the other as part of us, as who we want to be. . . . It’s a tall order, I know. But you really must move away from what I call the false view of democracy, which says that if I have 51 percent of the population, I can totally destroy negate crush delegitimize disenfranchise the other. That’s not democracy. The tyranny of 51 percent simply does not work.

I can’t remember the last time I’ve cried in a synagogue, but last night was truly extraordinary: a suburban New York temple hosted a Palestinian leader making the argument for one democratic state between the river and the sea. And the Jewish audience did not contest his description of human rights atrocities. And his Jewish hosts thanked him for opening their eyes to new ideas.

If there is a glimmer of hope that the American Jewish community can be redeemed from a tragic course, and that the peoples of Israel and Palestine can be freed from a blind alleyway of history, there it was last night, at Temple Israel in New Rochelle.  END_OF_DOCUMENT_TOKEN_TO_BE_REPLACED

Democracy is not just a place where you elect representatives; it’s a society where you can make personal convictions public. And diversity isn’t just the things we like. Diversity is also the things you don’t like. . . . What are ways in which I can understand my fellow citizens? What qualities do they possess that I would admire? And what are fundamental things that we can work on together?

The election of Donald J. Trump has highlighted religious tensions in America, particularly with Trump’s proposals to bar Muslims from entering the country and to create a registry of Muslims living in the United States. But these tensions did not begin with Trump. In America, virtually every form of faith or belief has at some point suffered unfavorable reception by others; the victims include Roman Catholics, Mormons, evangelical Christians, Jews and atheists, alongside Muslims.

Four years ago, I reported on the Interfaith Youth Core, which trains leaders to build relationships and respect between diverse faith communities. The work has expanded considerably. The organization now has more than 350 active campuses in its network, and more than 1,000 colleges have used its resources. This year its founder, Eboo Patel, explained in a book, Interfaith Leadership, what this type of leadership entails and why he considers it vital in today’s world. Patel, who is Muslim, recently spoke with me about democracy, the responsibilities of citizens, and his fears and hopes after this year’s election. 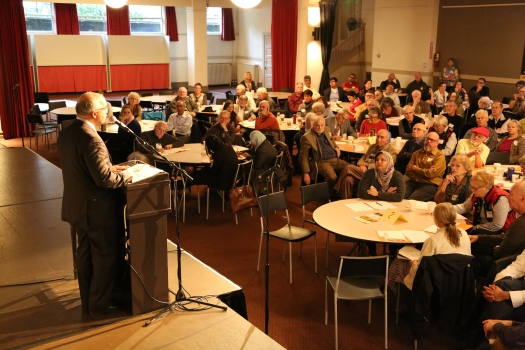 On Saturday, October 29, 2016, local area leaders and concerned citizens gathered at Town Hall Seattle for an event, Islam in the Public Square, to examine the dynamics that have led to the gap in understanding about Islam in America. We discussed the many issues clouding the image of Islam and Muslims in America, sought to build understanding and tolerance across ethnic and faith lines, and looked into ways all of us can confront and overcome the misunderstandings and fears that divide us. Together, as one Seattle community, we explored ways to work together for peace and justice.

Our humble thanks to the many people and organizations whose contributions of time, effort, and resources made this event such a success.

Below are the events, with links to transcripts, video, and photos.

From a Clash of Ignorance to a Dialogue of Civilizations!
Mohamed Jawad Khaki, Founder, Ithna-asheri Muslim Association of the Northwest (IMAN)
[See video and text here]

Trust in One Another, a Key to a Peaceful Society
Mahmood Khadeer, Founder, Muslim Association of Puget Sound (MAPS)
[See video and text here]

How to Change a Million Minds in 15 Minutes
Varisha Khan, Senior, University of Washington, major in Political Science and Journalism
[See video and text here]

How the “Private Good” of Religion Becomes a “Public Good” for Society
Mark Markuly, PhD, Dean and Professor of Theology and Ministry, Seattle University School of Theology
[See video and text here] 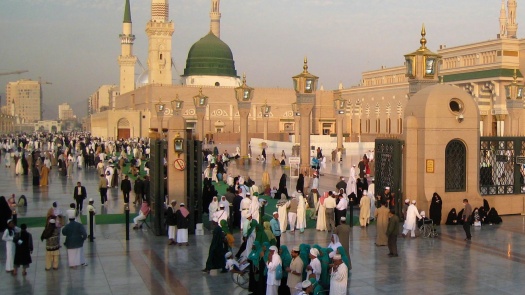 Islam in the Public Square

Friends — Just a quick reminder of our big event tomorrow in Seattle. Hope to see you there! 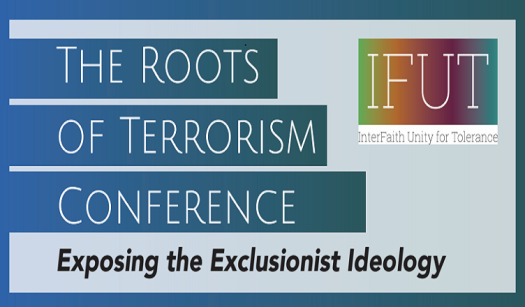 Presented by InterFaith Unity for Tolerance

“In these difficult days, we are providing a place where youth from both sides of the conflict can meet each other, find a partner for peace, and take charge of their future.”

Kids4Peace is excited to announce a two-year, $800,000 cooperative agreement with the US Agency for International Development (USAID) to strengthen and expand the constituency for peace in Jerusalem.

The Interfaith Jerusalem Project will connect youth and parents from East and West Jerusalem, and neighboring West Bank communities in programs that foster civic involvement, celebrate the religious diversity of Jerusalem, and encourage key populations to support a pro-peace agenda.

Project activities include cross-border dialogue groups; workshops about parenting youth in the midst of conflict; community service projects, and town hall meetings that connect youth with community leaders. Kids4Peace will also host community events during religious holidays and facilitate opportunities for Jewish and Arab residents of Jerusalem to visit each other’s homes.

“We are grateful to USAID for this opportunity to strengthen and grow the pro-peace community in Jerusalem,” said Fr. Josh Thomas, International Executive Director of Kids4Peace. “In these difficult days, we are providing a place where youth from both sides of the conflict can meet each other, find a partner for peace, and take charge of their future.” [Continue reading here . . . ]