Fordham University has a real problem with political speech. In the name of avoiding controversy, they suck the air out of political life on campus and then act surprised that so few are able to take a deep breath. The fear of political polarization or controversy . . . often stifles meaningful dialogue on campus and deprives students of the opportunity to engage in the marketplace of ideas.

I am a proud Jew and a proud American. However, I cannot defend the actions of my school — Fordham University — which has recently blocked the formation of a Students for Justice in Palestine (SJP) chapter on campus.

On November 17th, the United Student Government stated that SJP “fulfills a need for open discussion and demonstrates that Fordham is a place that exemplifies diversity of thought.”

However, Dean of Students Keith Eldredge would go on to deny SJP official recognition. He stated that Fordham “cannot support an organization whose sole purpose is advocating political goals of a specific group, and against a specific country.” Seemingly unaware of the irony, he went on to argue that “the Israeli-Palestinian conflict . . . often leads to polarization rather than dialogue.”

END_OF_DOCUMENT_TOKEN_TO_BE_REPLACED

The State Department standard . . . conflates criticism of Israeli policies with anti-Jewish hatred, shutting down debate by suggesting that anyone who looks critically at Israeli policy is somehow beyond the pale. It has no place on college campuses in particular, where we need students to engage in a vigorous exchange of ideas.

Since Donald Trump’s election, a wave of hate attacks have targeted Jews, Muslims and other vulnerable groups.

What’s the government doing about it? Nothing.

But the U.S. Senate did pass a bill last week called the Anti-Semitism Awareness Act, which cracks down on the constitutional rights of college students and faculty to criticize Israel. The House will vote on it any day now.

The Anti-Semitism Awareness Act endorses the State Department definition of anti-Semitism, which includes “delegitimizing” Israel, “demonizing” Israel or holding Israel to a “double standard.” The bill directs the Department of Education to consider this definition when investigating complaints of anti-Semitism on campus. But the bill does not add any new protections for Jewish students; the Civil Rights Act of 1964, and the Department of Education’s interpretation of the statute, already protects Jewish students against discrimination.

END_OF_DOCUMENT_TOKEN_TO_BE_REPLACED

“Before Congress imposed its discredited redefinition of anti-Semitism on the DOE [Department of Education], civil rights investigators consistently found that actions critical of Israel — like mock military checkpoints, or teach-ins on Gaza — are the kind of free-speech expression to be expected on a college campus and are not anti-Jewish harassment. After this legislation, it could go the other way.”

After pro-Palestinian student activists set up mock West Bank checkpoints on the campus of the University of California, Berkeley, in 2012, Jewish groups filed a civil rights complaint with the federal government.

Jewish organizations charged that the mock checkpoints, meant as a protest against the Israeli government, combined with other incidents to create a hostile environment for Jewish students.

The federal Department of Education dismissed the complaint, saying that the protest was an instance of free expression.

Now, a new bill speeding through Congress could change the way the Department of Education reviews such complaints. If it succeeds, critics say, the federal government could determine that protests like the mock checkpoint constitutes civil rights violations.

The bill “opens the door to considering anti-Israel political statements and activities as possible grounds for civil rights investigations,” said Michael Macleod-Ball, chief of staff of the American Civil Liberties Union’s legislative office in Washington. “Whether you agree with the BDS movement or not, aligning oneself with it and even participating in the effort should not subject someone to a civil rights investigation.”

END_OF_DOCUMENT_TOKEN_TO_BE_REPLACED 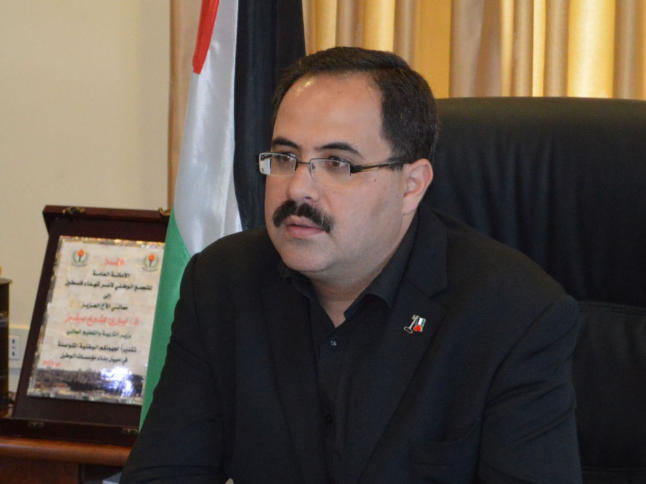 “In recent years, the suppression of Palestine solidarity voices on American campuses has become alarmingly widespread, triggering protests and calls for the protection of academic freedom. ‘The crackdown is a nation-wide phenomenon,’ according to Palestine Legal, an organization dedicated to protecting the First Amendment rights of Palestine solidarity activists.”

In an interview with Palestine Square last week, Palestinian Education Minister, Dr. Sabri Saidam, condemned tactics by US academic institutions “undermining the Palestinian narrative or paying lip service to the occupation.” The minister was in Washington, D.C., at the head of a delegation of 19 Palestinian university representatives to take part in a recently established U.S.-Palestinian Higher Education Dialogue, organized by the State Department and the U.S. Consulate in Jerusalem. “This initiative is a result of longstanding cooperation between Palestinian and American academic institutions,” Saidam explained.

In recent years, the suppression of Palestine solidarity voices on American campuses has become alarmingly widespread, triggering protests and calls for the protection of academic freedom. A recent case involved the suspension of a student-led course on Palestine at the University of California Berkeley. “The crackdown is a nationwide phenomenon,” according to Palestine Legal, an organization dedicated to protecting the First Amendment rights of Palestine solidarity activists. According to their latest records, from January 1, 2014, through June 30, 2016, there were 563 incidents of censorship, punishment, or other burdening of advocacy for Palestinian rights across the US, 85% of which targeted students or scholars. 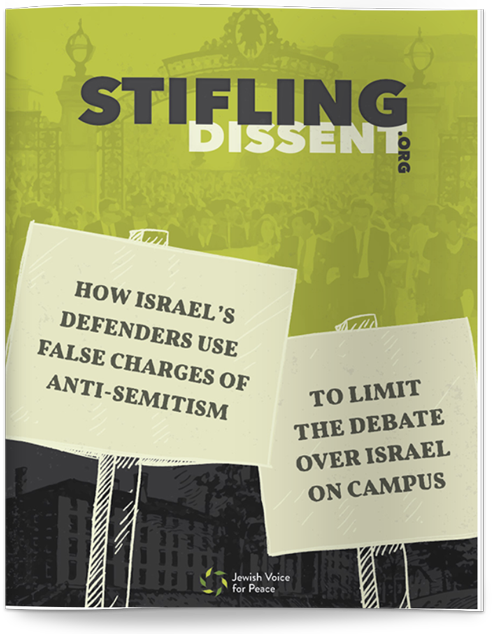